Mamun was born in 1994.when he was barely 5 years when he was diagnosed with Leukemia. His parents were completely taken aback to know that their beloved son who was the youngest among 4 brothers and sisters, would suffer from such non-communicable disease at an early stage. It seems their life was falling apart.

Mamun’s father Mr. Abul Kader was a security guard of BUET. Mamun was living in his home town, Chandpur, Matlob with his family. His mother Mosammad Rowshan Ara was a home maker. It was year 1999 when Mamun fell sick. He was suffering from fever and body ache, having pain in the joints. Later he was having sores in his skin .His parents brought him to Dhaka for treatment for Rheumatic pain for almost 6 plus months. As his condition was not improving, the doctors later performed bone marrow test. He was then diagnosed with Leukemia. Doctors repeated the same test for 2/3 times to be confirmed about the findings. The result was the same. 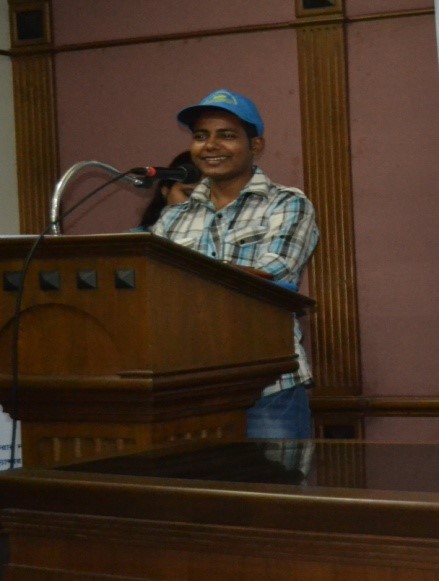 After one year, he was moved to PG hospital in their cancer word for treatment purpose. There he spent three years under treatment from 2000 to 2003.During this period, sometimes he where admitted in the hospital for weeks, sometimes he took outdoor facilities. Form PG hospital, he used to go to Dhaka Medical Hospital to receive Chemotherapy and Radio therapy. His father would carry him as he was unable to move by himself. Mother used to remain awake whole night to look after him.

To their utter dismay, Mamun’s father died after 6 months of his treatment period. His mother broke down, yet did not compromise with his treatment. Doctors, nurses who loved him, came forward with help. In 2000, his elder sister asked for help to the then Government of Bangladesh and received Taka 5000 as donation for his treatment.

At this stage, ASHIC stood beside Mamun .During that time; ASHIC was introducing their Support-a-Life program in PG hospital. They had a mutual understanding and were conducting this program in the hospital with their cancer suffering children. Under this program, ASHIC provided a monthly amount of Taka 1200 to the patients for treatment. Mamun was one of those children who received this privilege. He also went out with ASHIC under their outdoor service program and visited Wonderland, Fantasy Kingdom, Hotel Sonargaon, Liberation war Museum etc along with other patients. Mrs. Salma Choudhury, Chairperson of ASHIC was very kind to arrange a donor for his further treatment.

After successful competition of three years treatment, he was moved to maintenance course. He used to come to PG hospital to take injections. At the beginning, he used to do blood count in every month. Gradually it reduced to once in 3 months, 6 months and then on a yearly basis. It continued for 5 years.

After 8 years of struggle, Mamun was finally leaving behind the trauma of cancer. He started his school life in Polashi Primary School in class I. Today, he is a student of class X with commerce major at New Paltan Line School and College. He dreams to become independent and have his own business one day.

“Never give up hope and determination. Fight for life till the end,” a piece of advice by Mamun for the Cancer sufferers.

“It has been 13 years with ASHIC, I am thankful to Salma Choudhury madam and the organization for standing beside me. I will remain ever grateful till the end,” Says contented Mamun 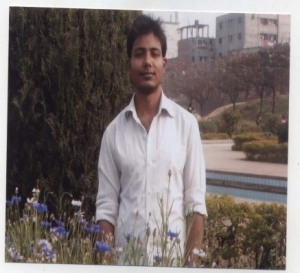 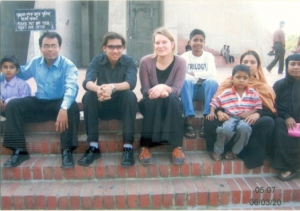